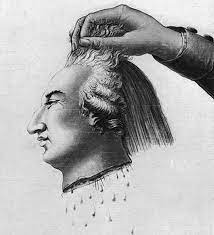 As if Royalty wasn’t bad enough.

We must now suffer the unfortunate phenomenon of Alt-Royalty. The Duke and Duchess of Windsor-Markle. The USA’s latest attempt at democratic aristocracy.

The poor old US of A, for all its declarations of independence and trumpeting of competitive levelling, has, since 1776, felt inadequate in not being able to flaunt its own line in, its own brand of, truly inbred, historically mass-murderous royalty.

Thus,  last century, in the naive belief that royalty was naught but mega-exalted showbiz, The Americans in desperation proceeded to create Hollywood. Elvis. Jack and Jacqui K. Et al. A home grown royalty.

Did it wash? Close but no cigar.  Yes, The Hollywood Stars did indeed glitter, but a deep sense of inadequacy could still be discerned, tormenting the Land Of The Free whenever Old World Royalty paid a condescending, dressed-down visit.

And so followed, later in that same century, in a profoundly perverse and self-defeating but democratic move, the invention of Scrubber Royalty. Andy Warhol and entourage. The Kardashians. Paris Hilton. Innumerable dopey, bling-infested rappers who like to shoot each other. The full detritus of contemporary celebrity, now in number swelling each and every day, with intent to dazzle a globalised peasantry via the pomp and circumstance of social media likes. And the huge money to be made from nothing.

And yet. And yet. Still it didn’t wash! Oh so sadly, continued visits by authentic, short-jawed, cross-eyed Europeans with long names and longer histories persisted in causing Mr and Mrs America to feel more than a tad lacking in class. Indeed, to feel like victims. Victims of history. Could there be anything worse?

In the end, it had to be admitted. Nothing could match the real thing. Nothing.

What to do? Learn from history. Edward and Mrs Simpson! And?

But do it right this time. Don’t let the Dim But Captivated One slip away. Render him back to the USA. And put him on Oprah.

At least until Harry snaps out of it and runs on home.

The French had the right idea. Chop off their heads. Royalty. Alt-Royalty. All of them.

Remember: Cause Trouble. And teach your children well.