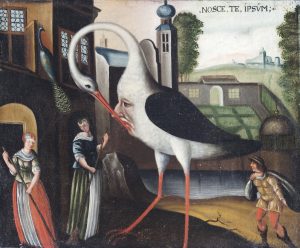 To offer respite from the swirling, ubiquitous discourse on The Plague, Ned returns to a political matter under discussion before we were so rudely interrupted: the burning question of why moralists lose elections.

Brexit. Trump. Morrison. Johnson. 4 out of 4! OMG! How on earth could this possibly have happened? OMFG!

And after each defeat, the utter mystification of the defeated. Complete inability to fathom what, by every progressive standard, should not have happened but inexplicably has happened, seeming to leave the defeated but one option, the last resort of the vainglorious loser: denigration of the victors as The Scum Of The Earth. They’s a witch! Burn They! They is (insert)ist! Thus comfort for failure is found in The Culture Of Denunciation.

Before proceeding further, Ned must make clear his position. The election of Trumpo, Scomo, and Bozo, those bourgeois shits, those globalist running dogs, renders him incandescent with true left fury. Indeed, the Troika Of Winners sends Red Ned, cudgelling his brains, to the  edge of The Abyss Of No Hope.

While Brexit is more cause for sorrow than anything else. For that Brexit was coming – or something not unlike – was bleeding obvious by the early 1980s. Traditional industrial Britain bludgeoned and tossed with disdain on the scrapheap guaranteed that payback, in time, would come. Sadly, Ned cannot see Brexit solving Brexiteers’ problems. However, it remains eminently successful as Payback. Big Payback.

BUT. But but but. But, Ned Ludd Says, even more perturbing than that horrific Troika Of Winners is the sanctimonious political ineptitude of The Losers.

Which brings us to the nub of Ned’s rant, the critical question of our time:

Why do The Basket Of Deplorables keep thwarting The People Who Know Better?

To be crass – and why not? – the homeless, the unemployed, the struggling, et al, do not tend to be greatly thinking about identity issues when voting.

Answer 2: The People Who Know Better reside in Moral Fairyland while The Basket Of Deplorables inhabit Shafted Actuality.

Or, to filch Mr G.B. Shaw’s phrasing, The People Who Know Better “mistake their own emotions for public movements.”

The Moralist believes, simply, that because something should happen, it will happen. A way of saying The People Who Know Better are out of touch – way – with The Commonality. (Which is actually how The PWKB like it.)

Answer 3. The People Who Know Better, characterised by media as ‘the left’ – ha! – but, in political actuality, comfortable, poncey, wetty-pants liberals, are replete with moral opinion and rules of conduct for all, but wilfully bereft of any alternative political-economic system with which to address underlying causes of social ills.

Answer 4: The People Who Know Better are Preachers, enabled by comfort enabled by capitalism, at the expense of others who vote accordingly.

Answer 5. The People Who Know Better are Missionaries, called to enlighten the savages, to replace the church in calling down hellfire and damnation upon sinners, to constantly hector the swinish multitude to change their ways. Which of course they won’t. Why would they? Missionaries give people the shits.

Answer 6: The People Who Know Better belong to The 10%, the beneficiaries of trickle down from The 1%. They be The Cream Of The Chattering Classes. And They have no wish to change anything that will alter that status. Their comfort depends on the system not changing.

For they are butterflies on the rose of capital.

Answer 7: Being Woke and They and morally and intellectually superior to those who disagree with They changes nothing. But The Culture Of Denunciation does not seek to persuade. Analysis of cause, rational persuasion to change, organisation for effective political action, is beneath The People Who Know Better. The primacy of personal expression is embraced ahead of social effectiveness. Being righteously outraged, feeling mortified, being offended by The Deplorables, trumps (sorry) practical politics.

Or, as Ned Ludd Said, they’re a bunch of comfortable, poncey, wetty-pants liberals.

Answer 8: All of the above.

Old Karl was right. Change happens on the ground, not in the head.

Which, Ned Ludd Says, brings us back to Answer 1.