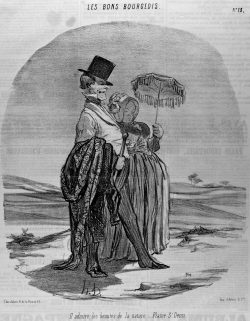 Whatever happened to The People Formerly Known As The Working Class?

One of the major successes of post-war capitalism, in this country at least, has been the convincing of The Working Class that they no longer exist.

Here Ned speaks of class not as an occupational/income demographic but as a self-identifying group of people who view themselves as separate from and different to other classes, and evidence a concomitant development of singular class values, culture, and institutions.

Now, of course, The Workers are still out there, en masse, propping up the 1%, not to mention underpinning the 10% doing quite well, thank you very much, off the trickle down.

But out there as a self-identifying Working Class? Ned, unhappily, thinks not.

Ned Ludd Says The Workers have been persuaded that they too are bourgeois. Who just happen to be coming off a lower base than others in the competition. And that this disadvantaged start is simply the luck of the draw and certainly not a systemic arrangement. Heaven forfend.

Ned Ludd Says the subversion of values through advertising – buy this and you will become that – enabled via the freeing of credit – and you can have it and become it now! – allied with the hurling of the socialist baby out with the communist bathwater – has suborned The People Formerly Known As The Working Class into the materialist paradigm of competition, acquisition, and status signalling via conspicuous consumption.

Ned Ludd Says that although Workers may no longer present in traditional guise, coal-and-oil-grimed beneath cloth caps, residing in the inner city (fat chance!), they labour in even greater numbers than ever before. Doing the low paid dirty work, accepting unpaid overtime so as to get paid for regular time, double and triple jobbing, part-timing, gigging, scrabbling, running to get ahead. Because ahead is where one must get.

While the possibility of class conflict – oh, the horror! the horror!, do not speak of such because we are classless! – of confronting money and power, no longer seems to exist. Debt keeps the populace docile.

Rather, The Worker now seems to hold to capitalism’s promise: stick to the program, keep running, you will get there. Wherever, whatever, there is. Ahead. Just keep running.

Entirely complicit in this situation we find the flaccid, self-serving Labor Party, Alt-Lib, class traitors for whom a special ring is reserved in hell, and those other sometime left pretenders, The Greens, ensconced within the comfortable 10%, Missionaries and Pharisees of the New Church Of Saint Me, and as green as Engel’s arse.

And that Other Lot? Complicit is way too feeble a description of their involvement. A docile, well-behaved, grateful workforce was/is/ever will be their Fondest Wish and that towards which they have been working since chickens had lips.

Off with their heads.