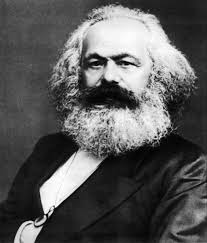 “Bourgeois moralists!”, Ned’s old mate would have declared. And he’d be right.

That Green electoral heartland is gentrified inner city Melbourne and Sydney says it all. Well-serviced fashionable suburbs from which former residents – workers and cheap renters – have been driven out by Money. In order that the gentrifying class might live designer lives, walk designer dogs, make capital gains, price young people out of housing, self-obsess over identity, shriek and wring their hands at the backwardness of some people, and wonder how on earth Brexit, Trump, Scomo, etc, could happen.

Hypocrites to the bone.

The Greens of recent years have tended naught but bourgeois moralisers. Perching high upon liberal centre political ground – please don’t call them left – The Greens positioned themselves well to pour down righteous vituperation upon both right and left, to preach rather than persuade, all of which amounting to phrase mongering, got them nowhere except to be seen as sanctimonious.

Thus the 2019 federal election saw The Greens attempting to resurrect some of the environmental credibility of their early years, perusal of their platform, however, revealing this revision to be tokenistic, re-rebadged sermonising to the converted, merely attitudes to singular, high-profile issues like Adani and The Reef allied with ‘motherhood’ statements of environmental concern.

For behind the feel-good badging and one-offs, The Greens simply have no program of systemic political/economic change. Which makes perfect sense. Why would they critique, let alone take action to alter the system which enables their middling, piddling, comfortably trimming stance? The materially acquisitive, growth-based system which, if they were truly green, they would seek to tear down as the chief villain in decimation of the natural environment. Sadly, The Greens now are a very pallid, self-serving shade of green.

The Greens mission – for they see themselves as missionaries – is simply the moral uplift of those unfortunates less progressive than themselves, thereby to promote the elevation of all races, genders, sexual inclinations, belief systems, anyone and everyone – except marxists? – to individual equality. To the much-lauded level playing field, where equally well-behaved citizens of all possible stripes are equally nice to each other. Nothing wrong with that within the moral paradigm wherein today’s Greens dwell. (Apart from the sheer boredom. But let’s leave that aside.) Outside the moral frame, however, the broader political-economic question arises: equality to do what? All being free and equal, what are we, as free and equal individuals, free and equal to do? The answer – in the absence of a program of political/economic change – is the liberal answer. To consume. To compete. To embrace the market. To be capitalism’s foot soldiers.

And so, surreptitiously, or to be generous, perhaps unthinkingly, The Greens do capitalism’s dirty work. Growing the market. Growing profit. Growing the 1%.

Perhaps as liberals they believe a little wealth will trickle down.“Quatsch mit sosse!* – bollocks! – as Ned’s old mate would have said. A trickle is not enough.

Finally, in addressing growth in relation to a local economy based on a building-industry-led Ponzi scheme and people farming, we inevitably arrive at the vexed subject of population growth. Content which Ned will reserve for  florid future rant.

A Greens’ “immigration spokesperson” recently opined that to cite congestion and lack of infrastructure as reasons for reducing immigration was ‘racist’.

Ned politely opines that this be asinine, sanctimonious twaddle.

Until the Greens acknowledge the nexus between population growth and environmental despoilation – a connection they scrupulously avoid – for fear of being called out as racist? – by themselves? – they will remain oxymoronic.

And as green as Engels’ arse.