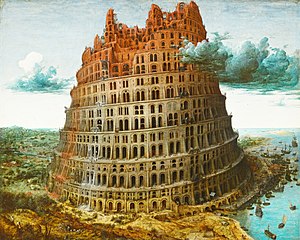 Plainly, the letter ‘t’ has mutated into a ‘d’.

What has happened to the Australian tongue? Historically a lean, sharp, hungry organ, the 21st century antipodean speech muscle appears to have become a victim of material comfort, succumbed to obesity and the accompanying sluggishness, and, put simply, become too fat, too heavy, and too enervated for effective manoeuvre within the oral enclosure. The listless, corpulent muscle is now compelled to loll inside the mouth, in semblance of nothing so much as a slab of liver, whilst its state of sloth coerces the lips into doing all the work. A problem in itself, given the boom in collagen plumping (trout-mouth-ectomy) and related cosmetic procedures – let alone any intervening dental architecture – necessitated by the eugenics of contemporary beauty.

To date, linguistic deformation seems predominantly to afflict “t”s in the middle and at the end of words rather than “t”s at the beginning, as though correct pronunciation of an initial plosive – necessitating energetic expulsion of air between tongue and roof of mouth – exhausts the portly and unfit Australian tongue, rendering it unable to correctly execute any subsequent plosives. Instead, mid and end word, the flabby, dissolute organ is barely able to struggle to an elevated position, linger momentarily whilst failing to muster the energy required for a “t”, substitute a plod-like “d”, then flop to the floor of the mouth, where it lies, torpid and tumid, hoping the sentence will end soon.

Of course, the deformed “t”is but the canary in the coalmine, merely an early casualty on the slippery slope of linguistic mutation fomented by the proliferation of flabby middle class tongues and the bloated organ’s deployment in the exponential globalisation of intercourse.

Not least because, in today’s world, talk is widely mistaken for thought, if not having completely replaced it.

Ned needs little convincing that worldwide market-driven economic integration, burgeoning means of communication, and the corollary, escalating commodification of talk, will drive verbal exchange to a Malthusian level. Whence subsequent pandemics – Chronic Tongue Fatigue (“Lazy Mouf”), Chomsky Syndrome, Chomsky Syndrome By Proxy, Congenital Inarticulacy, Tongue Banding, Digital Maw, Glottis Pox, La Langue Morte, etc – will  culminate not only in the demise of the letter “t” but in complete annihilation of the phonetic alphabet as we know it. Or used to. And thus, in utter unintelligibility.

Remember: Cause Trouble. And teach your children well.