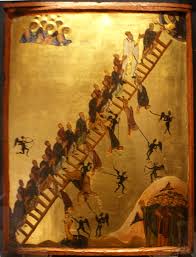 The hellfire and damnation recently visited upon the head of Israel Folau for his commentary on homosexuals (not to mention drunks, adulterers, thieves, fornicators, and other Biblical miscreants) is misdirected, aimed at too soft and easy a target. Folau is a symptom, not the cause. The cause is RELIGION. Of course, it would require far greater insight, moral courage and intellectual staying power if one wished to shut down the source of Folau’s misguided beliefs, Christianity, and its particular fount of wisdom, The Bible. And if The Outraged piling onto Folau were to attack the source of his belief, religion itself, then logically, so as not to be hypocritical, The Outraged Critique would need to include Islam – heaven forbid! – la religion du jour – and the numerous other belief systems founded upon the teachings of supernatural beings and espousing a view of homosexuality similar to that of Christianity. And is that going to happen?

Much easier to play the man and not the ball. Let alone end the game itself.

And here’s a question. If Ned did take it into his foolish, unbelieving head to negatively critique Christianity, would he then be damned as a Christianophobe? As critics of Islam are currently labelled Islamophobes?  And what about Hinduphobes, Buddhaphobes, Shintophobes, Judeophobes, Sikhophobes, Taoistophobes,  Satanistophobes, and Animistophobes?

Are they all lurking out there on social media too?

Of course, to label a viewpoint ‘phobic’ is to employ an old, lazy debating trick – push an opposing position to its seeming furthest extreme – say, by referencing, as the opposition’s fellow travellers, Hitler or Stalin or Jack The Ripper, or all three – or by bringing in incurable illogicalities such as “extreme irrational fear” – with intent to render the opposing argument utterly senseless and so untenable.

Much easier to phrase-monger than to think things through.

Ned Ludd Says: An Islamophobe is merely what an Islamosycophant labels a Rational Materialist. Likewise, all other religio-phobes.

Finally, finally, for God’s sake!, CENSORSHIP DOES NOT WORK. Ned had thought this battle won forty to fifty years ago. It seems not. The censors, the punishers and straighteners, have reared their ugly heads again, this time in the guise of liberalism. Huh? Diversity. But not in thought. Banning Folau’s views from social media and Folau himself from the football field will DO NOTHING to remove the offensive beliefs from society. It may well achieve the opposite, strengthen religion’s hold by hardening the resolve of its defenders – nothing like a good old siege mentality – and, perhaps, by adding the mystique of forbidden belief, attract the vulnerable, especially the angry. Much as both Trump’s anti-liberalism and radical Islam have proven appealing to the lost, the confused and the disenfranchised.

And is not banning certain beliefs and practices exactly what hard-line religion seeks to do? Hypocrisy, thy name is liberalism.

The answer to bigotry is simple: educate your children.

However. More and more, every day, the easy way is the Aussie way.