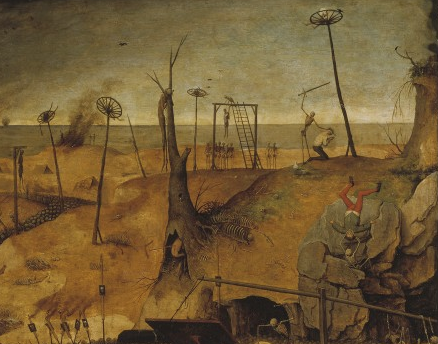 And the names of the opinions were Gibberish, Blather, and Drivel.

Then the Lord made a prophet to come forth and cry “Oh, the jabbering! Oh, the jabbering!” but the people would not listen and they did throw stones at the prophet and cast him out into the desert.

And lo, the man and the woman could not breathe, and died with their heads bowed before their devices.

And relative quiet was once more upon the earth.